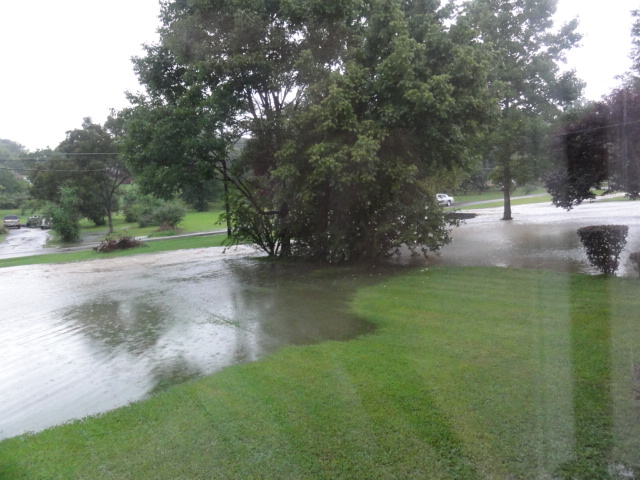 RETENTION POND UPDATE. Duane Allen from Public Works reported that the drains in the detention pond that serves the Freehill Business Park are clogged again which could lead to a flooding problem. The general consensus of the City’s Department of Public Works is that this is the result of beaver activity. Mr. Atchley asked if the Board could arrange for Public Works to regularly check the pond and report any issues so they could be addressed in a timely manner. Chairman Zobl suggested that the Board look at the solution from the last time drains were clogged, and if Mr. Allen had any recommendations for dealing with the problem at this time. Mr. Allen replied that once the beaver dam is removed, and the Department of Public Works can review the detention pond and make recommendations for long-term solutions. Mr. Sprouse, the BOMA liaison, suggested that the city might take management of the project if the funds were available from the Board for reimbursement to the City. Mr. Dennen noted that the Board could just reimburse the city for remedying the situation if the cost was under $5,000.00. Mr. Carter moved for the Board to appropriate $5,000.00 for the city to remove the beaver dam, subject to Public Work’s approval. Mr. Sheley seconded, and the motion was unanimously approved. Chairman Zobl asked Mr. Atchley to be the contact between the Board and Department of Public Works.

OLD BUSINESS.Mr. Atchley reported that the city had contracted an individual to move forward with the needed repairs at the detention pond at a cost of less than $5,000.00. The City will bill the board upon completion. Mr. Dennen noted that the pond is actually owned by the City and that he contacted City Attorney, John Bradley,
2 who will contact Bob Freudenthal about any past arrangements between the City and this board.

(Editor’s note: The following pertains to the cell phone tower, not about the retention pond/detention pond:)

Mr. Dennen went over a brief history of the relationship between Crown Castle and this board. Crown Castle has proposed to buy the celltower for $849,407.00 cash or finance the purchase with a $10,000.00 down payment with payments for 20 years at $6,387.00 per month. Mr. Smith recommended that the board consult with a professional who handles buying and selling cell towers who can look at the whole picture and advise the board. Mr. Carter and Mr. Atchley expressed some concern about the deal as it relates to concerns about advancements in technology and the tower’s future relevance. Mr. Carter made a motion to hire an expert to study the proposal and lease document if there is no cost upfront to discuss the matter with the professional/expert recommended by Mr. Smith. Mr. Atchley seconded. Mr. Dennen noted that there was no need for bids for a professional service. The motion was unanimously accepted. Mr. Smith said he would have a report at the next meeting.

Photo of my front yard at 122 South Valley Rd, Hendersonville, TN USA (Sumner County) after one of the numerous floods we have experienced in the many years we have lived here. This is AFTER the water has mostly receded. We have had to replace rotten timbers underneath our house due to the many events of flooding. Our driveway washed away years ago and we replaced it with concrete at no small expense.. The bridge over the creek has had to be repaired many, many times with my husband and I mixing up concrete in a wheelbarrow and placing bricks and rocks by the bridge then using the homemade concrete to seal it.